Welcome to The Morning Skate. We provide uncensored hockey talk for all sorts of hockey fans. Close your eyes and imagine yourself cracking open a nice cold beer after a HELL of a skate in mens league- yeah, that’s where we bring you.

Here is the breakdown of what we currently offer:

Ked is a natural born leader with sub par skill. If he were to be described in 6 words they would be : 4th Line Player, 1st Line Heart. Ked will undoubtedly talk about his success coming up through the beer league ranks while also discussing his divine hatred towards Marc Staal. His favorite tin of chew is Grizzly Wintergreen and lives for flannel season, all while being one of the leagues premier pretenders. Off the ice interests include High School Football, Carhartt Clothing and Christmas. If you want to trust the analysis of a former JUCO Hockey Player, a player who has one more “Team Awards” then Wayne Gretzky, or a player who is self-proclaimed as “PK God”, then you have found your guy.

Hal is your typical *masshole* who grew up in Quincy, Massachusetts, not far from the Dunkin Donuts where Whitey Bulger put a bullet in the head of Tommy King. Hals hobbies include smoking Marb Reds, slow cooking ribs, and reading Hockeydb for hours on end. Hal believes that he knows where more NHLers played their junior hockey than Pierre McGuire. Hals biggest accomplishment in life was the time he went beer for beer with Mayor Mumbles Manino at Sullys before a Bs matinee game. Hal dreams one day of driving for uber and dabbling in commercial real estate.

Biz Dev Dale is all about the grind. Working hard on and off the ice is his “main focus”. You can find him getting greasy in the corners for Siena Hockey in his last semester of ACHA, at the local coffee shop building clout every Monday morning, and sliding into DM’s of hockey brands all over. When most of us are feeling the Sunday Scaries he is literally itching for 9am Monday to get business development under way. As seen in our promotional video, Dale is more than willing to take a hard hit or do anything stupid if he believes it can raise our clout. “Having clout is about way more than just an increase in your social media following, it’s a lifestyle and most importantly a mindset. We treat people with respect and sincerity and by embodying a positive outlook it becomes contagious.” Biz Dev Dale is our Monday Man.

Brett is the epitome of the stay at home defensive defensemen. The kid will immediately argue that  penalty kill percentage, blocked shots and plus minus are the most important stats in the game of hockey as his are second to none. However, he holds the official record for most time played without a single goal as he got three years of regular shifts in the ACHA, and not one goal… seriously. This didn’t matter though as he is pure heart and loves to do the dirty work without any credit. Brett’s hobbies include being the GM for his mens league team where he looks to capture the elusive Chazy Hockey Tourney title that’s said to be just as hard to win as the Stanley Cup, as well as working on his family farm where you can find him toiling away in the hot sun all summer long. The one thing Brett’s really passionate about though is his love for the Boston Bruins. If you wanna know a stat about Patrice Bergeron? He’s your guy. Want someone who has an undying hatred for the Habs? Brett is also your guy. At the end of the day he just loves to be with the boys and see how many bad ideas he can peer pressure them into with just a couple more beers.

Big red is the Swiss Army knife of hockey…and by that I mean the one you get from ye old gift shoppe in the Wilton mall that shits the bed after a week. Beginning as a goalie in house league because his teams goalie was the Anders Lindback of house league, he rocked the Arturs Irbe all black Michelin man look. Red switched to defense by Pee Wees because his skating was Hal Gil esque, where he developed into the player he became in his high school years– an enforcer who’s only weapon was a rocket of a clapper that would hit his own teammate in the chest instead of the back of the net. Now he’s a washed up goon who’s had to work on his skills because, simply put,  you can’t put guys over the boards in beer league when there’s only two leagues in town. Big red is a shark on draft kings and season long leagues because it’s the only glory that’s within reach. Let’s just say he’s hauled in a few Jaromir Jagr rookie cards worth in fantasy hockey. Follow along as he updates you on the fire Ken Holland brigade, Jonathan Ericsson being the worst hockey player ever and how to ball out like Jack Nicholson (google it) with his shirt off on a yacht with a hoagie in his hand giving zero fucks.

Jonny A isn’t your typical run of the mill hockey fan. His beginnings are a little less conventional than others, while learning to skate on a pond at an early age he fell through the ice which kept him away from the sport as wee lad. But his love for the game started to grow over time watching his beloved Rangers after his long grueling days of delivering hot zas and poking smot in his man van. But even more so, while packing diggers he was throwing hip checks back in NHL ’05. There wasn’t anything better than going through a tin of grizz wintergreen and tossin’ sauce with the boys back in the day. Currently Jonny is a resident of New York City and is a certified asshole like the rest of the cities inhabitants. He spends his free time buying scalped tickets and getting belligerent by himself, while yelling at AV on the bench. If he isn’t at the Rangers game causing more of a scene than Dancing Larry’s ugly ass, he’s at home throwing in a Brandon Chewbinsky, scheeming  in Chel or HUT, or he’ll be watching the rest of the leagues games with a beer in his hand.

Eddie considers himself to be just an everyday man that loves to watch hockey from his couch, with a couple of pints of course. Originally from Ontario, but now an Islander (PEI), he has been a long suffering Leafs fan since they drafted Wendel Clark in the eighties. His favourite kind of player are grit grinders like Matt Martin, and D like Drew Doughty. He’s a little pissed off that grinders are slowly becoming a dying breed in the NHL. Eddie is by all means a stereotypical Canadian that loves hockey, maple syrup and poutine and it’s not uncommon to find him wearing a Timmins Tuxedo (flannel shirt) from October to May. He’s been told by friends that he’s a lot like Julian form The Trailer Park Boys but with a beer in his hand instead of the rum and coke. If you refer to him as a hockey puck knucklehead or a paste eater, he’s actually going to take that as a compliment. When you read one of his posts, he hopes that you feel like you’re tweeting with him after watching the game. Cousin Eddie admits that he’s a complete homer and he really doesn’t care.

Isle5cleanup is a current Seattlite that fell in love with the sport in the middle of the God Damn desert. The armpit of Fresno, California to be exact. A friend from Minnesota showed him the way of the puck. He spent a lot of time on the ice, thanks to his dirt poor single mom. No, really, may she rest in peace. He shot pucks from a shooting pad in the hellish confines of that god forsaken backwater town denting the shit out of his garage door. Making pucks from crumpled up newspaper he dialed in his wrister by shooting those into a fruit box. All that on and off ice practice resulted in fuck all success. He is, was and will always be terrible at scoring goals. As a result, he is a great stay at home defensemen, for many reasons, not the least of which are his asthma and advanced age. He moved away from the sport, playing only street hockey for years. CAR! With his 9 year-old daughter picking up the sport it ignited a dormant passion and obsession with hockey. He is a Director of a Beginning hockey program for girls with the hopes that they will see more success. They should, he is not their coach. A life-long Islanders fan he has endured 30 + years in the Drive for Five. This is to say that he knows the depths of despair that being and Islanders fan requires and the yearly cleanup of the past years shit show. Due to his masochistic love of the Islanders he will be blogging about the team. A team that is much like the boyfriend that drove the IROC Z that your sister dates. She could never fix the reprobate that was that asshat, anymore that Isle5cleanup can fix the Isles. Sometimes it’s just best to hop in, buckle up, slam the pedal to the floor, crank some ROCK and drive through the tears. Also, he will share the trials and tribulations of being a hockey dad and working with the mites and pee wees. 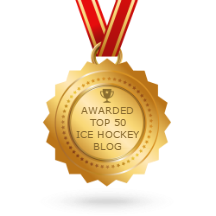