Connor McDavid of the Edmonton Oilers reached 100 points last night with a goal and two helpers against the Columbus Blue Jackets. Anyone who is a hockey fan knows that this is a big deal. He joins an elite group given his age and how quickly he has put up 100+ point seasons with players like Gretzky, Hawerchuk, Sakic, Lemieux, Crosby, and Carson. This is something special and should be recognized as an amazing accomplishment. With that being said, I am not ready to pass the torch to McDavid as the best hockey player in the league. This is Sidney Crosbys league. He is the best player in the league and he still and should be the face of the NHL. What McDavid is doing is certainly incredible, but just because he leads the league in points doesn’t mean he is the best player. Let me explain.

Sidney Crosby is 30 years old. As I mentioned before, Sid is part of the multi 100 point club before the age of 22. He has been one of the most dynamic players to ever lace up the skates. Crosby has been going back and forth with Alex Ovechkin of the Washington Capitals as the active leader in points. I won’t count Joe Thornton nor Patrick Marleau since they started 8 seasons before and will be easily passed by both of them given their longevity. He is 30 years old. Sid the kid also has 3 Stanley Cups and has one it the last two years and going for 3 in a row this year. Did I mention he is 30? The reason I keep bringing up his age is because you need to realize that at 30, Sidney Crosby does not care about 100 point seasons. You know who does? A 22 year old phenom who failed to make the playoffs after a rough season. Sidney Crosby is leaving his ego behind and is trying to accomplish something that is not being recognized enough. THREE CUPS IN A ROW! If Pittsburgh wins the cup this year, I would have to crown Crosby as the best player of all time. To do something like that in modern day is beyond special. We are so quick to move onto the next big thing, but Crosby still is the big thing in this league and we as hockey fans need to appreciate and respect it.

Now before I get ridiculed for having this opinion. I am in no way, shape, or form trying to bash McDavid. This kid is legit. Probably the most gifted offensive player I have ever seen. But he is still is growing. Let him mature because at the end of the day he will need a lot more than 100 point seasons to be considered one of the true greats. You need cups. I believe that Sidney Crosby has matured in a way that he realizes that points, yet important and impactful to the team, aren’t everything. He is beyond “points.” Sid needs cups to truly gain that allure of Gretzky and Lemieux . If the Kid can get three in a row and a total of 5 or 6, it will be enough, in my opinion, to surpass 99 and 66. The game is much bigger, stronger, and faster now. If the NHL was as popular as the NFL or the NBA, Crosby would be as big as Lebron and Brady. 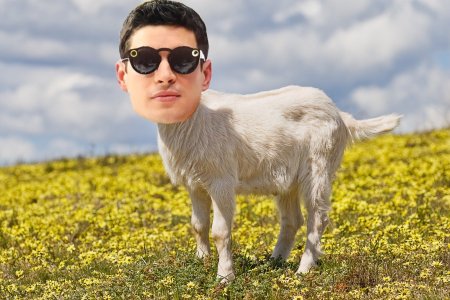 So all in all, I just want to say this. Let us all appreciate Connor McDavid. His accomplishments thus far in his career are amazing. But please do not pass the torch to him just yet. Sidney Crosby is not retired. He is putting up numbers of a great player who is bored of the regular season. He is chasing history. He is chasing Wayne and Mario, not the Washington Capitals or McDavid. He is creating a resume for Toronto and is not worried about his 2017-18 stats. So as we go into the 2018 playoffs I advise everyone to take the time to hop off the Smashville train, throw out the Vegas bets, and pipe down about the Lightning (they won’t be winning a cup this year). After you do all of this, turn on the Penguins, as much as it annoys you, and please watch Sidney Crosby go for history.