It’s that time of the week again. We are beginning to hit the point in the season where the lines are getting for accurate and teams are finding their groove. The parody in the NHL is at an all time high. Anyone can beat anyone on any given night. This makes it tough to bet favorites, but very nice to bet the puppies. Just like the New York Rangers last night. (Shout out to Gibby for his nice 2 unit play on the Rags).

Here are the plays….again be sure to follow @bettingcrashers on twitter for all the picks. It’s been a .500 month so far, but am still up in the unit department.

This is a perfect spot for a favorite. It backfired last week when the Rangers beat the Preds, but I really like this spot. The Canes are coming off a loss to the Rangers after putting up 45 shots and outplaying them 90% of the game. This team will come out ready to go as they play a Sens team that has won 2 of their last 3. The Senators will grab wins against middle of the pack teams, but Carolina is too deep and skilled to lose this game. A puck line play might be worth it too!

There aren’t too many dog spots I like since the lines are not out yet. This is won where I think you will be able to get Vegas at +140ish. The Caps have been on a tear winning 10 of their last 11. They have been teasing us with a loss and almost blew it against the Panthers last night. Vegas is coming off a tough OT loss against the Maple Leafs and will look to regroup against a very good Washington team….side note here is that if Fleury is not starting, I am staying away from this game completely. 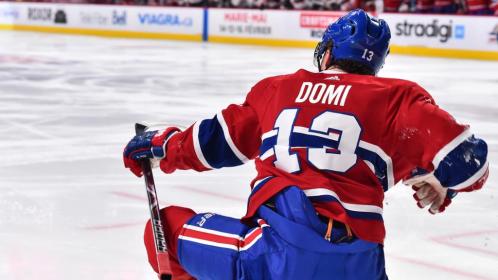 Not sure what this line is yet, but it should be 5.5. I like the under a lot. Both teams tend to play under games and think with the Kings ending their east coast swing, that they will be looking to get out of the cold dark city of Montreal in mid November. Montreal is still having trouble with consistency. They win 2, lose 2. Lose 3, win 3. This will be their season most of the way. I did pick them to make the playoffs and like them a lot to win this game. Probably a play for me as well.

Enjoy a nice fall weekend and hopefully it’s green for everyone.