And this is why I don’t gamble. After getting embarrassed on the Island last night, I would have bet the MF ’ing HOUSE that the Bruins would come out with their hair on fire and light up the Rangers. Instead of that storybook ending, the Bruins get absolutely bullied by the Blueshirts and lose 6-2. First place? The Bruins are 3 points away from being out of the playoff bracket. You’re only as good as you’re currently playing and the Bruins are playing like a team that just got shit-pumped the last 2 games.

To make this all worse, now I’m going to have to listen to Ked tell me how the Rangers are turning it around. How the Rags are rallying around Panarin. How Lemieux really isn’t a scumbag, I just gotta get to know him. I don’t need that kind of aggravation in my blog-life from that pigeon.

You could see the Bruins’ game plan as Marchand tried to get a ‘tilly going with Fox in the opening minutes. Trying to set a physical tone is one thing but pick a better spot bud. Does Fox even have a fighting major in his career yet? What benefit is there for Fox to go at that moment? The Rangers weren’t on a back to back, and they didn’t get abused by the Islanders yesterday. That’s all you. I applaud Marchy’s attempt, but I wish he picked someone who would’ve gone with him. My biggest issue wasn’t the attempted throwdown it was that if a team wants to play physical, you can’t come out and get outhit 15-6 to start the game. The Rangers dictated the pace and tenacity and the B’s can thank Tuukka that they were only down by a goal heading into the first intermission.

There’s a phenomenon in hockey about killing off a penalty. It gives the team that kills off the penalty a bit of jump to their game, and it also deflates the team that didn’t score. It’s even worse when the team that kills off the penalty scores in the “vunerable minute” as homeboy Jack Edwards likes to call it. That was exactly what happened to open the 2nd period. After killing off the Bruins power play, LaFranchise finds Strome with a laser across the Bruins zone and he goes bar and in to make it 2-0. I don’t know what Vaakanainen was doing on that play, but he certainly wasn’t keeping an eye on the backdoor. Rask came out to challenge, but that’s a top six forward standing by himself 10 feet out. The Bruins climbed back into the game briefly when the Erection Line got one back on Bergeron’s 8th of the year. The real play of the sequence was Charlie McAvoy carrying the puck out of the defensive zone. McAvoy walked Smith and worked down the right wing to the faceoff circle where he spun one backhand to Marchand on the half-wall. Marchy went circle to circle to Pastrnak who bunted the puck to Bergy at the doorstep for the tap in, 2-1 bad guys.  NY added two more to end the period 12 seconds apart and it was all over except there was another 20 minutes on the clock.

Was this going to be the scene of another epic Bruins’ comeback? Would we be talking about this game as a turning point later in the year (I certainly hope not)? Were they going to dig deep and climb back into this one like they had some many times earlier this season?  Ummmm…. 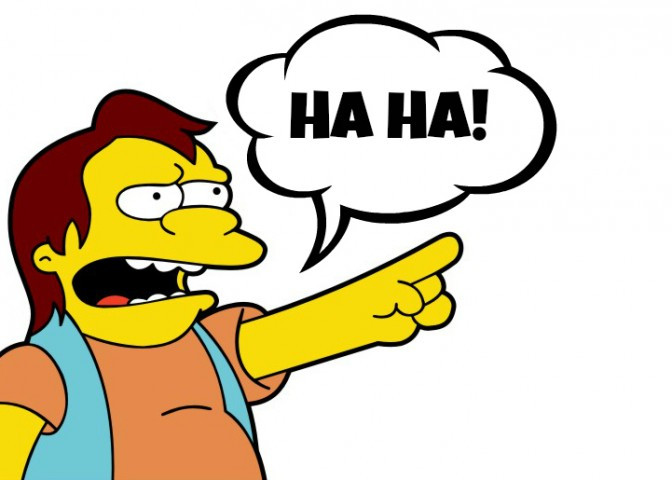 Rangers’ reaction when the Bruins scored

Instead the Rangers scored 2 more in the opening 4 minutes and holy shit it’s happening again. The D was slow, unresponsive and were pushed around all night. The offense couldn’t get any good looks except to blast away from the point. The Bruins had an okay first period and played about half of the 2nd period. That’s not going to get it done. In this tight schedule with playing only teams in your division, it’s a fucking sprint and it looks as if the Bruins are trying to coast off their early season point lead.

At this point, most people would turn the game off to avoid the carnage. But I’m not most people, I’m here for you. That’s what separates me from your average fanboy, I’m here grinding it out, watching this trainwreck trying to pull something positive out of the ashes. I want to see who has some pride and fight left in them. I was looking for guys that were still hard on the forecheck and who were still hustling back on D. Guys that were still competing as the clock wound down even though they knew it was a lost cause. Who wasn’t going to give up the fight? I wanted to see who’s still giving the hard stop/go and who’s doing the flybys. Who’s getting back up? 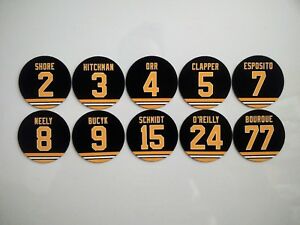 A legacy that was born on the frozen rivers in Northern Saskatchewan then later forged on the ponds of New England. Playing with the heart of a warrior and the soul of a poet; always living by the credo handed down by generations of beer-league beauties that came before him. Skate Hard - Quick Changes - Win the Parking Lot. View all posts by Brownie

whats up ya beauty?
I’ll take this guy as my goalie 7 days a week and twice on Sunday! #beauty
In case you missed it, because the NHL didn’t promote it the Mascots had their own game! #nhlallstargame
Hockey gear is so much different now
2 minutes for being on the tracks?
When coaches say check with a purpose, this is what they mean
×
Loading Comments...
%d bloggers like this: