Yes, a video game. Growing up before the internet was an everyday thing with 24-7 access, kids learned sports through ESPN and video games. One of my favorite games growing up was the NHL Hitz series. An arcade style 3v3 hockey game with huge hits and  hard clappers. Jerome Iginla was always a favorite of mine because he had the perfect balance. The guy could fight (if you lost a fight your player was gone from the game so this was a huge deal), score, hit, and pass. Even when choosing Olympic teams he was must. He literally did everything so well. Iggy was an absolute beast and I laugh about how a video game can create such a big fan from thousands of miles away. Obviously looking back now with having hundreds if not thousands of highlights from every player to play the game, there is no denying how good he actually was. 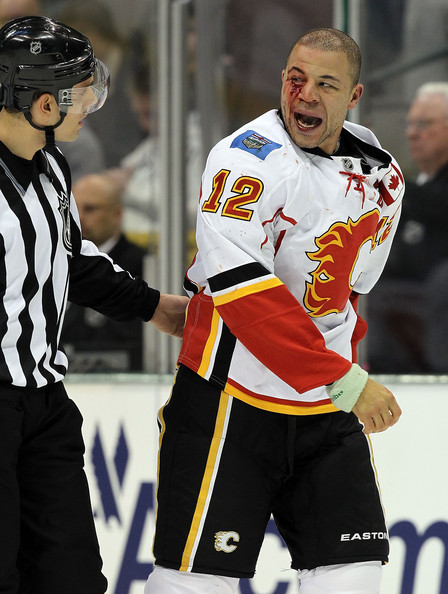 But anyways, shout out to Jarome Iginla for a great career. Have fun sitting in the Hall of Fame. And thank you for being my secret weapon in NHL Hitz. The trifecta of every great  athlete.