I was navigating the internet and of course I come across something that absolutely baffles my mind. The St. Louis Blues have fired the top 4 winningest coaches in NHL history. Now I know coaches get fired. It’s a necessary part of the game. Coaches just can’t last forever and there is a time where a relationship just runs its course. Highlighting these coaches careers is a must because they don’t get enough love in a league where recycling coaches is as natural as taking a shit.

782 wins in 23 seasons of coaching. I’ll be honest, it wasn’t until he passed away that I learned how great of a coach this guy was. Starting his coaching career with the Blues and then becoming the face of the New York Islanders, Al Arbour is one of those guys that doesn’t get talked about enough. Just look at this guys stats as a coach. Seriously look it up (4 cups in a row!!!). Very impressive. Unfortunately he will move to 5th very soon since, ironically, Barry Trotz (current coach of the Islanders is just 10 wins behind him. 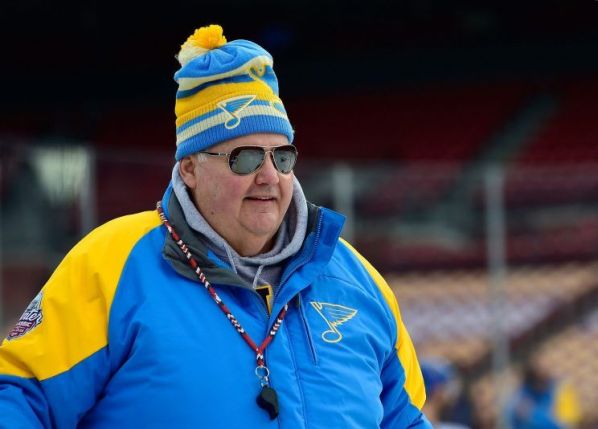 This guy is an absolute beauty. He still looks like the same man that I grew up watching. For 22 years this guy has been successful. He has 824 wins in 22 NHL seasons and his one cup certainly doesn’t sum up his career. Now, out of retirement and the new head coach of Edmonton Oilers I think he will certainly reach 1,000 wins if he chooses to stick around to mentor Conor McDavid.

You can find Coach Q on the shot ski right now, but before he got fired he was chasing his 4th cup in 10 years with the Chicago Blackhawks. Little needs to be said about this 890 career win coach except for he will be back and the team that gets him will be very very lucky. He still has a lot more coaching left in him and I think given the right spot, he can get that number 1 spot.

1244 wins. Obviously I remember Scotty from his days leading the Detroit Red Wings to their 3 Stanley Cups, but this guy has coached for what seemed like forever. With 30 years of coaching under his belt, Coach Bowman was a part of 9….yes, 9 Stanley Cups. He was the generational bridge from our parents days to ours. He is a legend of the game and I am certainly proud to say that I got to see this beauty coach.

Power forward.
What is even going on here?? 🤣
Back up goalie drip
It is officially hockey season baby!
No one is as cool as Neal Broten 🇺🇸
Mike Richards catches David Booth high cutting across the middle. How many games should Richards get?
×
Loading Comments...
%d bloggers like this: