After I called the most historic upset in history of the NHL playoffs, I’m still sitting here baffled of how that actually happened. I know the NHL is dynamic and so unpredictable in the playoffs, but this is insane. If the Bolts lost in a game 7, I could almost understand just playing inconsistent enough to get edged out. But getting swept in round one by the second wild card after the season they had is unacceptable and something must be done.

I am proposing stripping all letters from the team. Stamkos, Callahan, and Palat need to have their letters taken off their jersey for all of next season. Cooper needs to send a message that a performance like that is not only unacceptable, but holds consequences. Leadership is show, not worn. 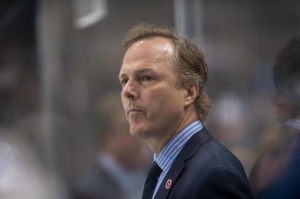 I don’t just hold the leaders of this team responsible, although that’s a huge part of it. Jon Cooper showed me nothing as well. He never made any adjustments. He didn’t call out his leaders after dropping two games at home. He didn’t call for more energy or grit. He just trusted that his team would win because that’s what happened all year. But it’s hard to discipline a coach without firing him and that’s just unrealistic. I think Cooper would show a lot of people that he’s not taking anymore bullshit next season. As we all know now, a great regular season means shit if you’re not hoisting the cup at the end. This was an embarrassment for the organization and something needs to be done. So I’m asking Cooper to take the letters off the jerseys. Call out the leaders and himself. Refocus for next year and let it be known that this will never happen again.