Hockey is finally back this week! Wednesday night can’t come soon enough. For anyone who didn’t follow last year, I will be doing a weekly gambling blog for the weekend games. I’ll be giving you an underdog, favorite, and an over/under. Last year, I didn’t keep track of my record because I’m an idiot, but I can honestly say, the last two months of the season I almost put the bookie out of business. Hopefully I can carry that momentum into this year. All my picks will be blogged and posted on my twitter account @bettingcrashers.

Here are a few future bets to get warmed up for the season. And yes, I take every bet myself. I use Fanduel Sportsbook so lines may be different on other sites.

I know lines can be confusing so here is a little breakdown on how lines work.

Last year was one of the most historical runs in the history of any sport. A Blues team who was last in the conference, climbing back into relevancy and making a playoff run for the ages. It is difficult to predict something like that happening before the season starts, and after last year I think more teams will make moves at the deadline in order to make a similar run. One of the teams that have room to make moves and the elite talent to make a run, like St. Louis, is the Colorado Avalanche. Up front the Avs are beasts. I do question their defensive depth. Goaltending doesn’t really matter until playoffs. This is proven by the point that rookie goaltenders are winning cups left and right. But given the right moves, this team can 100% make a run and at their odds, I like the return.

Some honorable mentions that I considered are:

Tampa Bay Lightning +700. Best overall team in the league, return is ok, but anyone can bet the favorite.

Vegas Golden Knights +1050. The Knights got fucked last year. Revenge is one hell of a drug. Not a bad return.

Nashville Predators +1600. This is my sneaky team. For the return you get, I think it’s worth mentioning since the Preds are always in the mix.

Every year teams step up or take steps back. The next two futures are for point total for the season for two teams that I think will take a big step back.

Anyone who has followed the offseason knows that the Jets are in trouble. Their defense has been completely depleted. No Trouba. No Myers. No Big Buff. They do have Pionk though. They finally locked up Connor, which is huge for them, but will that be enough. Laine is yet to fully breakout and he isn’t exactly reliable defensively. The Jets will need to rely on two way forwards to help out the defense and Hellebuyck. I just don’t see that happening. Hammer this under.

To Make The Playoffs 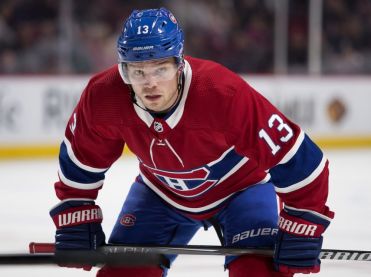 Fanduel has a great selection of futures. To make the playoffs is a cool one, but only one line stood out. Montreal is going to be a solid team this year and at even money, I am very confident in them making the playoffs. The East is wide open after the heavy hitters. The wild card spots are up for grabs. The Habs will be in the postseason unless they play themselves out. They are also another team that I think will make moves if they are sitting pretty in a WC spot at the deadline.

If you ever have any questions on gambling or games you might be taking feel free to hit me up on twitter. And if you think my picks stink, please let me know also. In the past I have taken the bets of all the people who chirped my picks, and believe it or not those experts have never given me a winner. Surprise, surprise. Good luck this season and I’ll be writing later in the week as the season starts.

The accuracy of this video 😂 @waterboyhockey
The peoples elbow
Good thoughts for The Good Vibes man himself @beaubennett8 who’s waiting his turn for an appendectomy. Another story for the future book
Not all heroes wear capes. Don’t ever be afraid to ask the real questions (@saucelife )
💰
I love how this fight starts 🤣
×
Loading Comments...
%d bloggers like this: