Many NHL players have taken strong stances against American institutional racism and have voiced support of the Black Lives Matter movement in memory of George Floyd and other victims of police misconduct.

Although individuals spoke out in a meaningful way, many organizations have released statements without substance. Most teams (all but the Bruins) failed to express support of Black Lives Matter, and all failed to call out police brutality. Pretty much all the statements are PR-driven and vague.

21 teams had not released a statement as of May 31 — protesting began on May 26.

NHL Teams that haven't given a statement on combatting racism:

Columbus and Vegas are noted in comments in the thread, not the original tweet, bringing the number to 21.

I’m going to throw out some random teams of various scores so we can see the range of statements. Then I’ll do an Islanders deep dive.

Sample of Team Statements: I’ve included all the highest scores except the Colorado Avalanche’s (4/8). Most scores were 2/8 and below, including two -1’s.

Not too shabby! 10/10 first paragraph, then my eyes glaze over. Vague accountability statement not challenging police to do better.

Vague, reeks of PR. Could be applied to almost anything except for the 1 point for naming George Floyd. No surprise here, the Pegulas suck.

A statement from the Chicago Blackhawks. pic.twitter.com/1hEki2Yk3J

Puts businesses and black lives on the same level. Not cool. When your mascot is a Native American, you really should go hard for minorities when something like this happens.

Saying “all people” should do better in this context can be taken as “black people do better at being black.” Doesn’t mention who is being “violent” or that police brutality is a real thing. Subtle shot at protestors (who should not be looting and harming people, we get it. Cops shouldn’t shoot rubber bullets at journalists either, though).

Usually not a Leafs guy, but decent job here. Conveys some emotion and is specific: “senseless murder.” “Commit ourselves to anti-racist efforts” comes close to saying “protests” but carefully does not.

Any type of “pledge” is such a turn off. Credit for commitment to diversity, but should start with black people in this context.

The Islanders also faced backlash on social media. Most criticized the tweet for not taking a harder stance against racism, especially against black people in America, given the present social climate. Simply including the hashtag #blacklivesmatter could have satisfied some of the commenters.

“Brave officers” cost them bad in the public eye. Pretty tone-deaf to thank police officers without at least acknowledging that police misconduct is the central issue of the protests.

We stand with our captain. https://t.co/cDbHQ7yCuq

The Islanders say they “stand with” Anders Lee, but their original statement is still up. They are simply playing both sides of the fence, which is worse than making no statement (to me).

Ironically, the Islanders play in New York City and one of its suburbs, Long Island. The NYC metropolitan area is possibly the most diverse place in the world.

Where The Isles Play

ALL THREE of the Islanders’ arenas are located in black communities. Remember that black people are roughly 13% of the U.S. population.

The Barclays Center is located at the intersection of 5 Brooklyn neighborhoods. In those 5 ZIP codes, 23.8% are black (2018).

The Nassau Coliseum is in Uniondale, NY, which is 34% black (and 21% non-Hispanic white).

The Belmont Park Arena is under construction in Elmont, NY, which is  45% black (and 14% non-Hispanic white white).

The use of black and minority neighborhoods for white activities has been the main criticism of gentrification: white people change the local atmosphere, often driving up costs of living like rent, without meaningfully including local minorities. 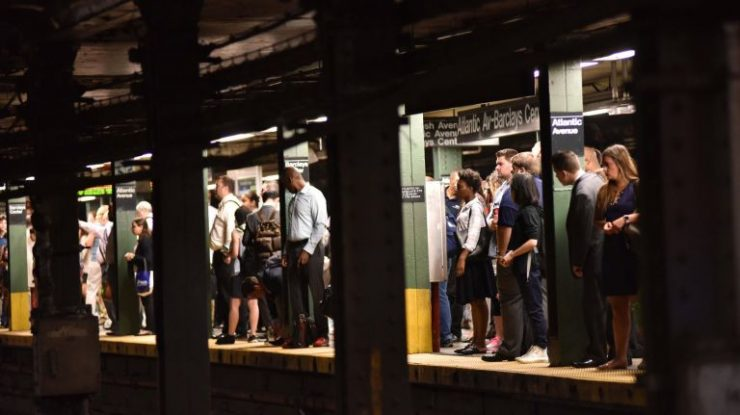 “Giving Back” is Cliche but Necessary

It’s one thing if hockey is moving into a diverse area and truly engages with the community. However, I grew up playing in NYC and Long Island, and never saw much effort to include black people in hockey. Going to Isles games (this applies only to the Coliseum, haven’t been to enough Barclays games), I’d rarely see black people.

It’s not like teams should give away free tickets just for playing near a black community, but a legitimate engagement program to connect the black community with Islanders hockey would be nice. The Isles do NHL Learn to Play, but all the kids in the pictures are white. Typically you’d see pictures of minorities if they were involved for the PR credit. It’s possible this program gets black kids into hockey, but unlikely.

Even at roller hockey and street hockey, the demographics didn’t change much from what I perceived to be a white sport.

If my team played against a black player, everyone noticed. It was a big deal. I only played with a black teammate once during a spring tournament. I can honestly only remember one black player that I played repeatedly in my league (he was really good, not that it matters).

He was absolutely the target of racist bullshit. So was my friend Gavin, whose mom is Ecuadorian, and whose skin is dark. Being Hispanic myself, that always bothered me a little extra. I have blue eyes and am white. People were always nice to me in hockey.

Although hockey has work to do to include black people and other minorities in NYC, a notable exception is Mark Messier’s efforts to redevelop the Kingsbridge Armory in the Bronx. Messier’s group wants to donate free ice time to the local community when the rink complex opens. Messier played with goalie Grant Fuhr, arguably the first black NHL star, who backstopped the Oilers 80’s dynasty. 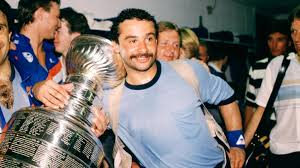 Other positivity in this area: although I never had a black teammate for a full season, my younger brothers played with several black players. More importantly, they also had black coaches at their organization.

There is still work to be done for the hockey community. We need our hockey institutions and white people alike to take a stand for black people.

Why It’s Important To Say Something

Sports are for fun, but they are also there to bring people together behind a common goal.

It’s important for institutions to come out against racism in a meaningful way because it is the institutions of our society, not the acts of a few bad people, that are to blame in the way black lives are undervalued, abused, and destroyed.

Communities confronting a societal issue are more powerful than individual voices. It signals that many people are united in support of fixing the problem.

Organizations can easily distance themselves from the individual players statement if public opinion sways in the other direction. (Sound familiar, Colin Kaepernick?)

Public opinion on race in this country has historically been misguided and wrong. It’s important we hold these teams accountable to stand up for what is right.

People see hockey as a white sport. Hockey can be a powerful force that separates our community from white racists and apathetic white people unwilling to confront racism plaguing our country.

Hockey’s institutions can show the world that we care about people regardless of race, religion, gender, or anything except love of the game.

Puckraker grew up skating and retired after a Tier III NYS tournament appearance with the Great Neck Bruins. These days, Puckraker is a lawyer living the dream from New Orleans, where there are no hockey rinks. View all posts by Puckraker

In case you missed it, because the NHL didn’t promote it the Mascots had their own game! #nhlallstargame
Hockey gear is so much different now
2 minutes for being on the tracks?
When coaches say check with a purpose, this is what they mean
🚨 NEW PODCAST ALERT🚨
Why are the NHL numbers down? @worldhockeyrpt
×
%d bloggers like this: