Paul Kariya was a god in my eyes growing up. Watching him fly up and down the ice with the finnish flash in those beauty ducks throwback jerseys was a major reason for me getting hooked on hockey. In the days before the NHL package and YouTube, I remember getting my first half chub watching Kariya toss sauce full speed on those Don Cherry rockem sockem DVDs.

So I obviously couldn’t have been happier when I heard the news Kariya had finally gotten the nod to the Hockey Hall of Fame. Here are my top ten reasons why Paul deserves to be enshrined with the greatest to ever lace them up. 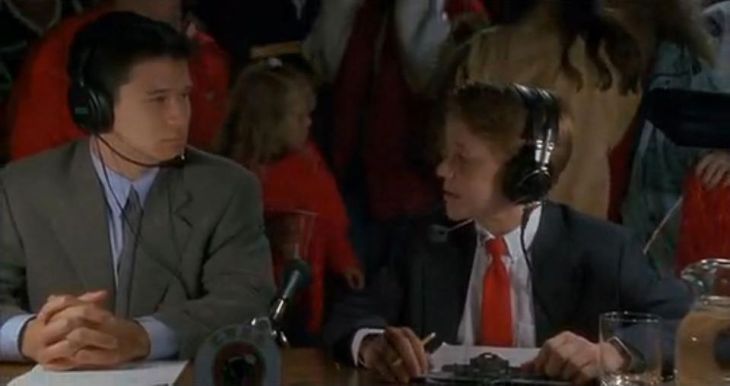 3. He gets drafted to an expansion team, the Anaheim Mighty Ducks and his rookie year leads them in scoring. That’d be like Cody Glass walking onto Vegas this year and leading their team in point. DOUBT IT. By the way, Ottawa, eat my shorts. People don’t forget!

4. A few years later Selanne joined him, and the most dynamic duo of the 90s was born. Peanut Butter and Jelly, 4th of July and Hot Dogs, Kariya and the Finnish Flash. Let the highlights take you away.

5. He’s a point per game player. 989 points in 989 games. That speaks for itself, without injuries it’s a guarantee he would have had 500 goals and over 1,000 points. Are we really punishing a guy for getting injured? Games played shouldn’t matter, it’s all about efficiency baby! And it doesn’t get more efficient than this shit.

6. Maybe this will get the voters heads out of their asses and they will realize we shouldn’t penalize guys for a lack of longevity. What I’m getting at is opens the door for THEO FLEURY to finally get the nod. I don’t ask for much god, but I ask for a Theo induction speech. Talk about electricity.

7. He made getting knocked out look cool! That’s tough as hell to do. If you didn’t get chills seeing Paul lay there and then come back to launch a rocket past Marty than you were probably dead at that moment. Speak of this, I know this isn’t something usually said about players like Kariya, but he was tough as nails. Can you imagine Johnny Gaudreau playing in the 90s going up against Stevens and Pronger in the corner? Guy would be in the minors in no time.

8. He was apart of the most legendary commercial of all god damn time. Hero city! Gotta love the boys of 90s hockey. Stick tap it up Jags.

9. He somehow made these god damn things look cool. It’s a shame, the original ducks jerseys are an all time classic. But they tossed these jerseys in there and now the puke orange they rock makes me think the design team dipped into super fan Snoop Doggs goods.

10. He won two Lady Byngs! Just kidding! Who cares about that shit. I chain-smoke a pack of marb lights in my garage every time the NHL awards bring that candy ass award out.

Keep riding the wave, bro! From one man whose loves crushing some Cali gnar to another, be one with the water gods and keep looking for that perfect wave.