Justin Bieber is a modern day rock star and if you don’t realize this than you’re an idiot. The guy lives just about everyone’s dream. He’s rich, he parties and he has all the ladies. For all of this, I give serious props to the Biebs. However, I have one problem

WHAT A STRIDE, WHAT A MOVE, AND WHAT A… I’m just kidding. Aren’t all Canadians supposed to be nasty at hockey? Isn’t that something that they’re just born with? Well, to me, it looks like Biebs must’ve missed that memo. The stride looks like a kid who got cut from every youth hockey team so his dad went out and bought him a team year in and year out. The leg kick looks like something you’d see on NHL 17 after hitting the leg kick button over and over and over again. Balance? It would’ve been a gift to see him blow a wheel as he skated into the corner- TALK ABOUT CONTENT. He finishes it off by celebrating like he had just won game 7 in Overtime. Normally, I wouldn’t be opposed to celebrations as I am known to dabble a bit, but check out everyone’s reaction there. One guy giving him props and the rest of the guys like “Uhhhhhhhh What?” I’m going to bet the Biebs had them stop the game and give him his own penalty shot so he could have someone pop it up on Insta. Now to think of it, I respect it. Life is about a few things- Friends, Family, Love, and getting your clout up on Insta. 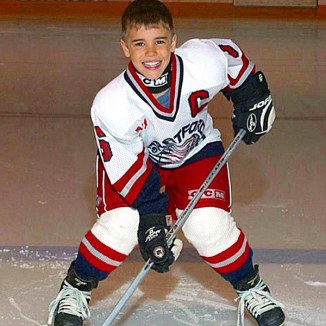 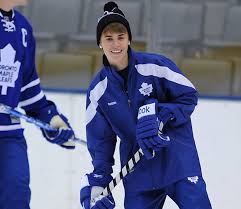