Search
Look in the mirror, take a deep breath, and realize you are only going to get some mid first rounders and above average prospects rangers fans.
And thats okay, because you will be able to rebuild your farm and have a solid future with those assets. The rebuild is going to be huge for the team but Ranger fans need to calm themselves. The founder of this website, Ked Ortmeyer, a man who recently said he doesn’t believe in a farm system, had this to say: 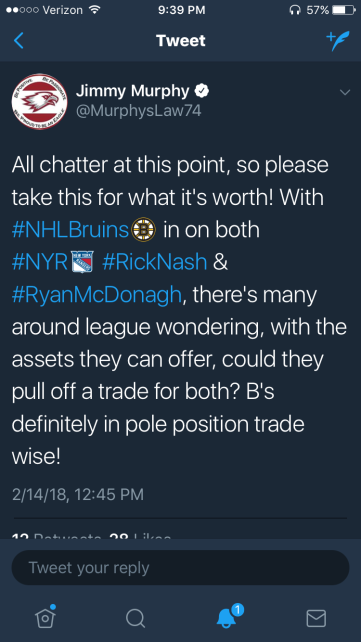 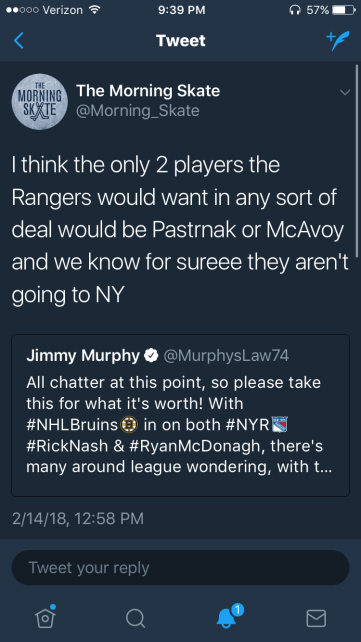 Sweeney came into a team with an old GM that traded young stars away. What does he do? He comes in and does the exact opposite and now blue shirt nation is acting like Don Sweeney is staring dow the barrel of a loaded gun because Gorton is dangling 15 year veteran Rick Nash in our face. Kick fucking rocks, NY.
Lets trade away our two future stars of the franchise cause we’ve had a great 2/3rds of the season.
And to think Rangers fans think this is possible in this cap hit era where GMs know they need young stars on entry level deals to compete for the cup.

This is my official statement that if the Bruins give up one of those two players for Rick Nash when we have fucking Riley Nash on the 3rd line with one last point I will switch my sport fandom to the MLS.

Now to be fair, like I mentioned, the author does not understand the organizational depth of the Bruins. Fine, what would those teams give up? Nashvilles willing to give up Dante Fabro, Charlie Mcavoys old teammate he left in the dust? This is not some fucking magical end of the rainbow prospect land in Smashville. They recently dealt away Sam Girard and Kamenev. The kitchen is getting empty of snacks.
The lightning have Slater Koekkoek and that Russian that isn’t good as the other Russians on the team. Brayden Point is a pipe dream. Once again, pretty mediocre package. Although having a Slater on your team is a big upgrade in the locker room. 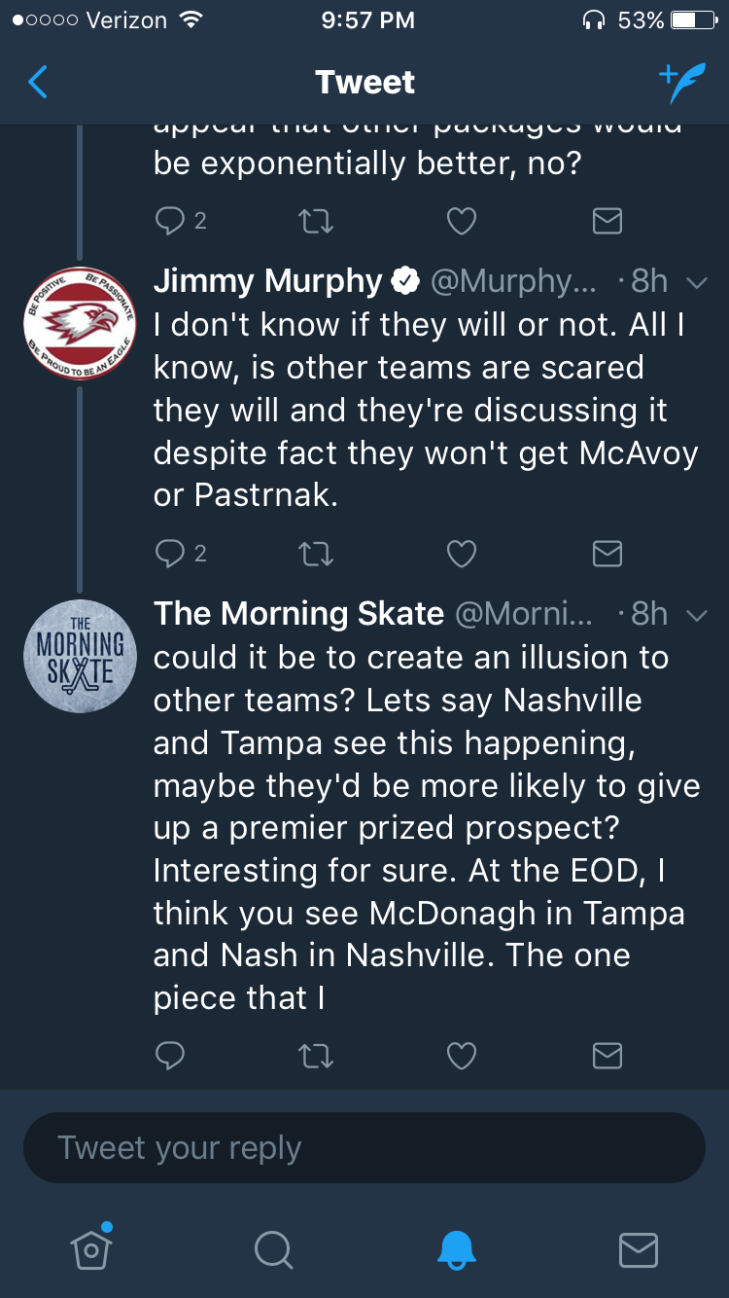