The other day I trashed (see what I did there) Philly for littering the ice with beer cans and other debris. The Flyers fan base should obviously be embarrassed, but today there is something to hang there hat on. Wayne Simmonds. I read an article today that he missed 7 games this season due to a list of injuries that would cause any other athlete in any other sport to retire. Here we go….

So I would like to give a stick tap over to Wayne Simmonds. You are exactly what hockey is all about. Sacrificing literally every limb of your body for your team. It’s now understandable why your performance seemed off this year, especially towards the end of the season. Next season is a contract year for Wayne so it should be fun to see what kind of season he has and if he ends up in the red, white, and blue after that, I won’t have any problem with that. The guy is tough as nails. 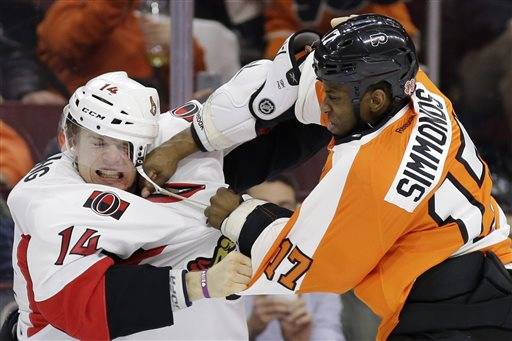