Over the past few weeks the NHL has released third jerseys for 12 of the NHL teams. Now I won’t sugar coat this. Some of these jerseys are horrid, while the others are amazing. So here is Papa’s ranking of the new sweaters.

Call me crazy but isn’t this a mens league jersey? There were so many better choices to pay homage to the past. This is a candy ass uniform and it kills me to admit it. I am a huge Jets guy. Hopefully they get blown out the first time they wear these and decide to never rock them again. 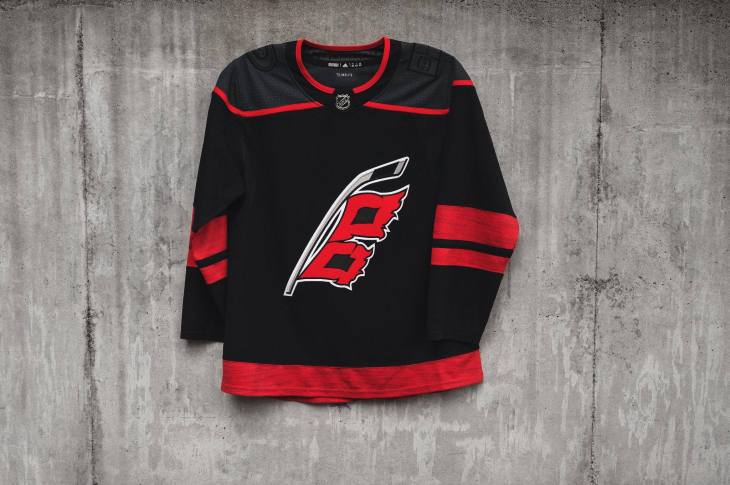 One flag represents a tropical storm and two flags represents a hurricane….or a shit show of a jersey. Red and black are by my favorite color scheme in sports and they ruined it. The emblem is something out of clip art. 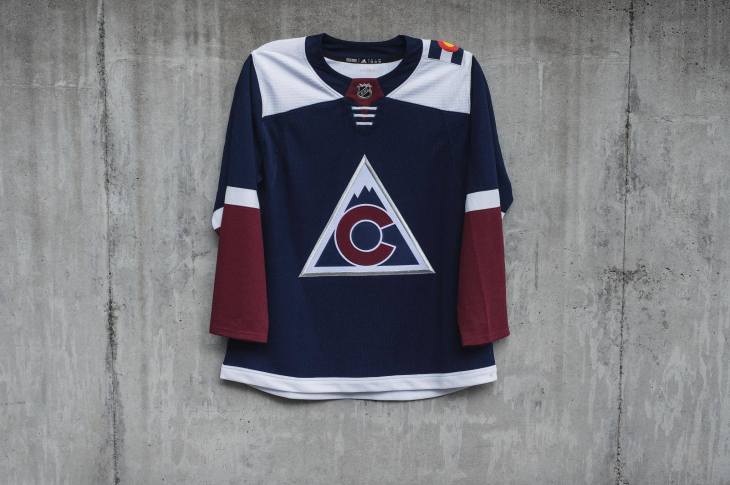 I must’ve went back and forth on these a million times. I’ve decided they’re trash. It’s a nice emblem but the overall look just bothers me. Again, it has a mens league feel to it. I just wish there was something more to it given the uniqueness of Colorado’s sports history.

Much better than the Brooklyn jerseys, but still could be better. I can’t say I hate them though. Against the rest of the third jerseys that were released, they just don’t compare. But massive upgrade since the fisherman days. Give credit where credit is due.

The overall jersey isn’t bad. I just think the emblem is a hardo move. It’s like the most detailed cannon of all time, not to mention it is 90% wheels. Definitely a step up from the other jerseys that gave me a mens league feel. This one actually feels like an NHL jersey.

This is where the jersey start to get good and this one in particular brings back so many memories of my childhood. A classic jersey to say the least. My only complaint (and I’ve always felt this way) is that the stars on top are just too much for me. Ovi will have like 15 goals wearing this sweater and that will make them look 10x better.

Absolute fire jersey. Pun intended. Again this brings back memories of one of the coolest cup teams of all time. Players like McDonald, Theo, and Mullen (hint, hint) rocking these sweaters reminds me of when hockey used to be tough and not full of 20 game suspensions…JK, I hate Wilson a lot.

Don’t tell Gritty I put the Flyers at number 5. I’m a huge of simple jerseys and this is exactly it. Black is such an intimidating color and this Flyers team is going to look like the  bullies of old sporting the orange and black.

It’s a shame that the kids these days will never understand the true meaning behind these jerseys. The Mighty Ducks movies captivated the youth and I think it’s cool they went back to the old logo. I think the Ducks have the worst jerseys in the NHL so they might want to consider wearing these all the time and bringing back the green and yellow jerseys from Mighty Ducks 1 as their third.

Amazing. I’m sure I will get a lot of flack for putting this jersey so high on the list, but I had to. It’s so unique and appropriate for a team that plays in the desert. The coyote emblem is absolute fire. I might consider buying one of these, but I’m not sure who I would even get.

At this point it was just a toss up. If you have a problem with the Blues at 2, I would like for you to explain to me what is wrong with this jersey…..I’ll wait….I’ll answer for you. There is nothing wrong with this jersey. Everything from the colors to the emblem to the scheme. This jersey is so on point, it hurts.

Ok, so maybe I’m coming in hot with putting the Sharks at the top of the list. But did you see Karlsson rocking the teal and black? Whoa baby!! The ice will melt as soon as his skates make contact. With the Rangers on a rebuild year, Papa is all in on the Sharks. I bet them at 20-1 to win the cup and I CANNOT wait for this team to get going.

So that was my list and I’m sure everyone else knows better and disagrees so please share your own ranking and tell me how I’m wrong!

Comment below 👀
How would the game change if they removed the trapezoid? #LetsDebate
Nickelback rocks @mensleaguesweaters
Hockey SZN is back and so are smelly bags. If you know, you know.
Did he make the correct call?
This guy gets it.
×
Loading Comments...
%d bloggers like this: