A report came out last night that the boys up in Montreal are rubbing pickle juice all over themselves because “It feels good.”

According to @GenePrincipe – The Montreal Canadiens rub pickle juice on their legs before games. "They say it feels good"

Where did this trend come from? Le capitaine.

As was told to me by Brendan Gallagher. He says about 8 players do it. He said Shea Weber brought it with him from Nashville.. https://t.co/8j4FcLhg2M

Now, I know PK Subban has more points than Shea Weber has games played since the trade but this, well, this is crazy. The Canadiens are 9-6-3 and are playing great hockey despite Carey Price being not all that great. Every one knows Carey Price is a dart guy so I doubt he touches pickle juice. 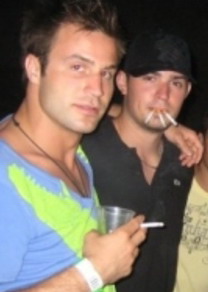 What do you guys think about this stuff? Do you have any silly superstitious that you do before, during, or after games? Let us know.

Ovechkin one timer vs. this guy, who wins? 😂
This guy couldn't be any more of a beauty. "2 for hooking, baby." 😂⁠
Mondays, am I right? 😂⁠
Between the legs, shelf for Ridly Greig 👀 🔥
Evgeni Malkin just gets it eh @stewartsshops @e.malkin71geno
They said the perfect picture didn't exist...
×
Loading Comments...
%d bloggers like this: