Not a great start to the ol’ LLC but we’re working on it. Last night Biz Dev and I have Katie and Casey Kirt on of Absolute Filth to talk about their stick wax. They were kind enough to send us some samples and hop on the pod to tell us how it works. I knew I was into this before I even received anything. How do I know this? They sent us this meme. 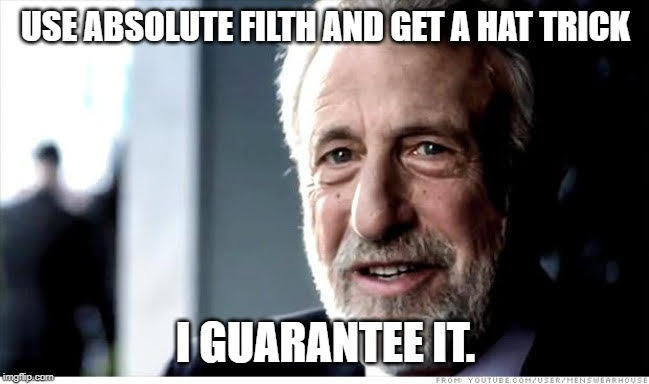 I immediately thought this is the type of organization I’d like to be friends with but Biz Dev took it to a whole new level. Later that night he had a beer league game and he went off.

Yes, this stick wax is now #proven. Biz Dev, who had been hovering around a point a game put the team on his back and potted 4 as his team went on to pick up the W. We were so pumped to talk to these guys and the podcast went great. As we hung up, Dale and I were so excited until we looked down and saw that Skype decided to be a rat and not record anything.

Luckily, Casey and Katie were nice enough to schedule another call and yes I will make sure I press record. That podcast should be out later next week. Anyways, until then, head over to absolutefilth.com and check out their stick wax.

We even got a code for ya! Type in MS30OFF to save 30% on your order. This stuff smells amazing and if Dale can go off for 4 tucks I think you can too.