Change your diapers Rangers fans, the hometown kid is finally coming home. After a year of speculation, and a day of contradicting reports ( fucking Larry Brooks), Shattenkirk was signed to one hell of a deal. Reports had speculated that Shattenkirk was looking for a contract as ridiculous as 7 years x 7 per. But in a time of GMs tossing out ridiculous terms on aging defenseman, Gorton hit the sweet spot with 4 years and a reasonable cap hit. KS automatically bolsters the blueline, finally giving Ryan McDonough a serviceable top pair partner (no offense Girardi, you are still a warrior.) The Rangers already fielded the 11th best Powerplay in the league last year, and this will make that first unit even more dangerous. Obviously some Ranger fans might be having flashbacks of Wade Redden, but I don’t find Shattenkirk very comparable. For starters, Redden was 31 when  he signed the contract for 6 years, while Shttenkirk will be 28 with 4 years to go. It’s also a  different league, an offensive defensemen who played in Reddens era took a nightly beating, where as the pussification of the NHL has made it a much more comfortable place for guys like Shattenkirk. I just dont see his body breaking down the same way Reddens did. The current NHL also puts an emphasis on fast defensemen who can make a great first pass to flying wingers. With speedsters up and down their lineup, and McDonough by his side, look for Shattenkirk to spend the majority of his time in the Ozone. Gotta love that hometown discount!

Ps: Kevin fucking Weekes, huh? Guy was playing chess while everyone else was playign checkers. I see you big dog. Callin shots before the inks on the paper. Still think your trash on NHL Network, though.

PPS: Look for all of are Ranger fanboys on the site to write a more in-depth piece on the signing.

Maybe with this contact Justin can mix in a hairbrush for his interviews.

In maybe my favorite move of the day, the Hurricanes bring in Mr. Game 7 himself to give a young team on the uptick a nice little veteran presence. While on paper this doesn’t make the Hurricanes a favorite to do damage in the playoffs, it certainly shows their fans they are moving in the right direction. The Canes have been swept up in relocation rumors and quite frankly it has appeared that the fans have given up on the organization. It’s hard to root for a team that constantly sells their best pieces and has shown a history of not wanting to pay their guys. This shows fans, hey maybe the front office does give a fuck and will go out there and toss a couple of dollar bills around in the talent pool. The Canes have an unbelievable core of young defenseman and some nice pieces on the front end too. Bringing in a guy with 3 cup rings is a step in the right direction to eliminating a losing culture, which makes it so hard to develop young studs. Oh by the way, he can still play, guy just put up back to back 20 goal seasons. His 24 goals last season would have put him tied for second on the Canes.

If I’m Justin, I’m growing the pubes out and rocking my 3 cup rings in the shower first day of training camp to let the guys know there is a new sheriff in town. 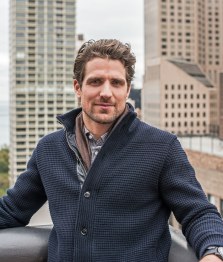 Fucking Blackhawks. Guy had a down year, he’s 35, he looks slow, but if I know one thing it’s that shit like this works for the fucking Blackhawks. Getting reunited with the boys will certainly boost his step and it will come as no surprise to any when his stats rejuvenate. Low risk, high reward. This is what veteran free agent signings should be, and for a team that is always knocking on the cap ceilings door, it gives them a scoring threat at a dollar store price.

Lock up your wives Chicago, Rico Suaves back in town.

Matt Hunwick to the Pens: It makes no fucking sense on paper, but the penguins make trash look like gold. Can’t wait for this guy to get fucking Norris votes or some shit after years as everyone’s least favorite 7th defenseman.

Hartnell to the Preds: Very similar signing to Sharp, guys going back home. Cheap contract and hes playing for his boy Lavy again, great depth signing for the always dangerous Preds. Now all Nashville needs to do is bring back Dave Legwand and those silver bullet jerseys.