Johnstown is 100% a Hockey town, even after they lost the Chiefs in 2010 as the ECHL relocated the team to Greenville, SC. I used to go to Chiefs games when I was young, and my dad even worked selling concessions at Johnstown Jets games in the 70’s, when Slapshot was being filmed there, based loosely on the team. I grew up on Slapshot, watching the Hanson Brothers puttin on the foil, and the Chiefs get in fight after fight after fight when we went to Johnstown to visit for the Holidays. Though the wooden chairs at the War memorial are gone due to upgrades from Kraft Hockeyville, the nostalgia of the barn is still there, and it gets me FUCKING AMPED. 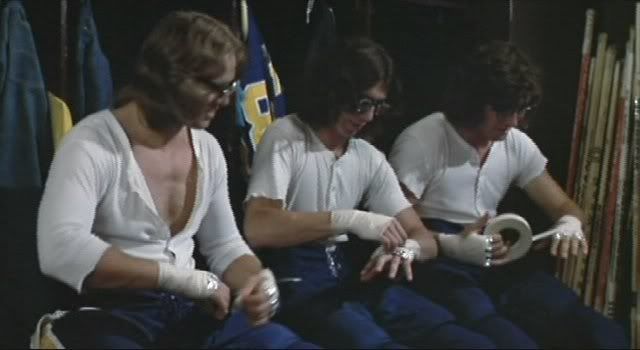 So when I saw a Penguins/Chiefs Alumni game on the schedule, with the old guys playing against the NAHL’s Johnstown Tomahawks, I knew I had to be there. So now, I will be leaving to head up to Johnstaaaaaan, to spend easter weekend watching Old NHLers beat up on some Junior kids. On the Penguins/Chiefs combined team, this is the roster

So follow along on Instagram @Morning_Skate, where I will be documenting the game and experience as I go on this pilgrimage to holy ground.

Can someone please do this next season? @terminatorshockey
Choo choo bitch.
The boys are back
Don’t forget to check the weather forecast possible chance of dust!
What are some that he missed?!
Always have to protect your tendy!
×
%d bloggers like this: